Home About Our Ministry

WHat IS ROCK FOUNDATION CAMBODIA?

BRINGING HOPE TO THE POOR & OPPRESSED IN CAMBODIA

Established in 2011, Rock Foundation Cambodia is 501(c)(3) non-profit organization registered in the U.S. We are also registered as an International Non-Government Organization (INGO) with the Royal Government of the Kingdom of Cambodia.

We exist to create lasting change in Cambodia by showing impoverished communities the love of God through meeting their immediate physical needs.

Although one of the primary functions of our ministry is drilling water wells in rural, hard-to-reach communities, our work also includes water sanitation, providing toilet facilities, importing essential medical supplies, facilitating medical care for those who would not otherwise receive it, operating a 12.5 acre mango farm, and building homes for the poor.

Known as one of the least developed countries in the world, nearly 80% of Cambodia is rural according to May 2020 data from the The World Bank. Roughly 90% of the country’s poor live in rural areas. Among those living in rural communities, only about 34% have access to electricity and 41% still practice open defecation for lack of proper sanitation facilities. Only 18% of the total rural population have access to improved water and sanitation facilities which is increasingly important with the current Covid-19 health crisis.

The infant mortality rate in Cambodia is higher compared to any other country in the Association of Southeast Asian Nations (ASEAN) which encompasses 10 countries in Southeast Asia. For every 1,000 babies born in Cambodia, 28 die before their first birthday due to malnutrition and the complications associated with a poor diet (Asian Development Bank, April 2020). An estimated 1 in 3 children under the age of five suffer from growth stunting.

Less than 45% of Cambodian children are enrolled in school. School drop out rates and illiteracy rates are also high as young children are needed to help support the economic needs of their families.

Our mission is to meet the mental, physical, and spiritual needs of the Cambodian people through poverty assistance and community outreach.

Our goal is to create sustainable, physically and spiritually healthy communities in the most impoverished rural areas of Cambodia.

We have imported more than $5 million worth of donated medical supplies to help provide life-saving medical care to thousands of Cambodian men, women, and children.

Hundreds of poor, rural Cambodian communities now have access to a basic human need – clean water – thanks to the clean water wells we’ve built in the name of Jesus.

Many of those living in rural Cambodian communities are located in areas with no existing infrastructure to support basic needs such as sanitation facilities, schools, or access to clean water.

The Human Development Index (HDI) is calculated annually by the United Nations Development Program (UNDP) and published in the annual Human Development Report. It ranks 185 countries out of 193 UN member states. Eight countries are not included due to a lack of data. The low ranking of Cambodia at 146 (as of the 2019 report) reflects systemic issues of poverty that impact crucial development in numerous areas access to clean water. Access to a safe water resource and sanitation in the country is unstable and inadequate for millions of citizens. Since water security is closely related to sanitation and health, these deficiencies pose significant challenges for the government. 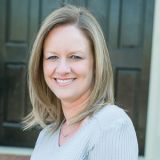 Rock Foundation Cambodia truly accomplishes the Matthew 25 mandate to “care for the least of these.” This Christ-centered organization prides themselves on keeping their overhead low to use as many of their resources as possible to care for the physical, spiritual, and mental needs of the poorest of the poor in Cambodia.

Youth-Reach Houston is a proud supporter of Rock Foundation Cambodia. I have had the pleasure of seeing the operations of this well-stewarded faith-based organization in action during my own visits to Cambodia and have been impressed with the level of care provided to the people of Cambodia. Thousands of impoverished men, women and children have been given hope for a better life because of the work of this ministry.


2011 (Year Founded)
Rock Foundation Cambodia began it's work with building 17 houses for a squatter village of poor families in the Kandal Province who were forced off their own land at gunpoint.

2012 (Mango Farm Started)
12.5 acres of land were purchased in 2012 that have been developing into a 1300 tree mango farm.

2014 (Solar Lighting Systems Distributed)
In partnership with Clean Compassion ministry (based in Seattle), we distributed 700 solar lighting systems to impoverished families with no access to electricity.

2015 (1st Water Well Built)
Our first water well was successfully built with 331 wells now being drilled to date.

2018 (Began Importing Medical Containers)
Each donated container provides well over $400,000 worth of much needed medical supplies and equipment to the poorest of the poor.